Sheila Landi began life as Sheila Fokes in 1929,  and after what she has always considered to be a very good basic education to the stage of The School Certificate, went on to Kingston Art School. Following the then usual course through a two year foundation programme to specialise in painting for the next two years, she gained a National Diploma in Design in Painting (degrees did not exist in those days).

That was the first stage, she was then awarded a scholarship, for the princely sum of £148 per annum; (even in 1950 this was not very much) to attend  the Royal Academy Schools. Nevertheless it was enough to leave home for a bedsit in Surbiton for the next three years.

In August 1953 she became Sheila Landi and embarked on a career in painting, doing odd jobs such as modelling at the Art School, teaching in private schools, making moulds for plastic shoes and designing candlewick bedspreads to help pay the bills. In 1963 she became bored with this existence and sought a more permanent job. By accident this turned out to be as a craftswoman in the Textile Section of the Department of Conservation in the Victoria and Albert Museum. Over the next ten years this new career took over, helping to establish the Conservation Class in the Civil Service, which profoundly influenced the development of the profession worldwide. In 1972 she became Head of Section, in which post she remained until retirement in 1989.

Along the way, the frustration of two conflicting interests became too much. One of them had to go and since at the time she thought she had more to give to textile conservation than she had to painting, it was the latter that had to go.

After retirement there was still plenty of things she could do in the field and the original Textile Conservation Consultancy is now The Landi Company and still achieving the aim of preserving the textile heritage of this country as well as helping to train and further the education of the next generation of conservators. Perhaps she was right.

See some of Sheila's earlier work.. 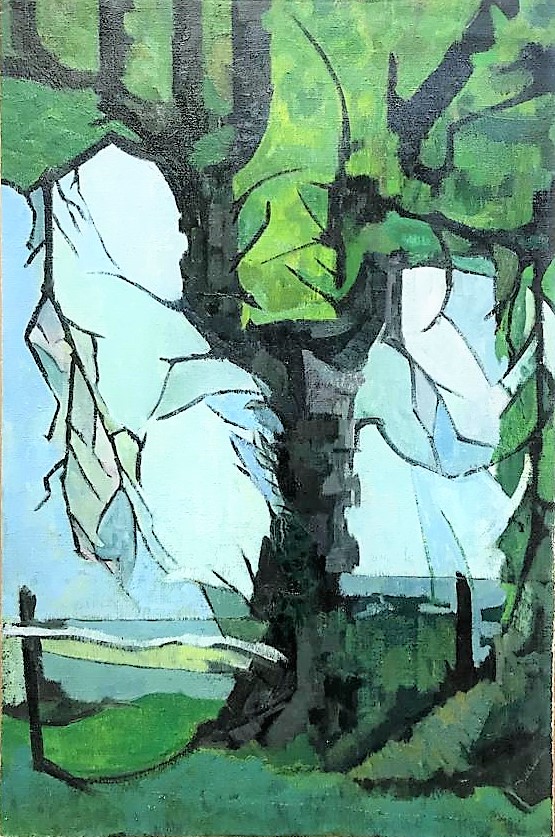 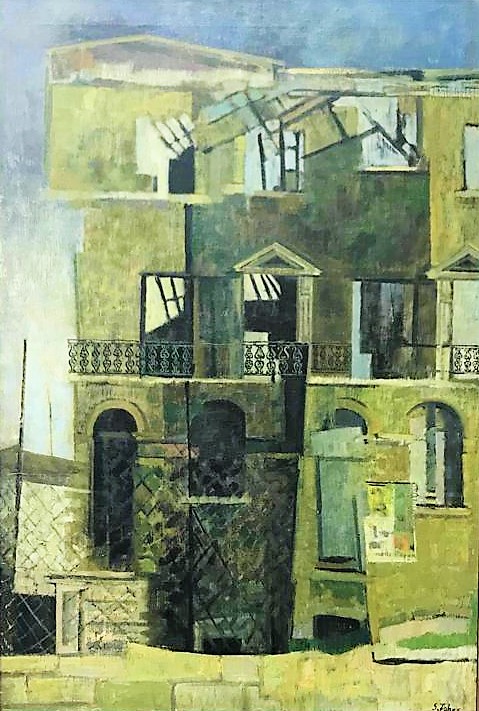 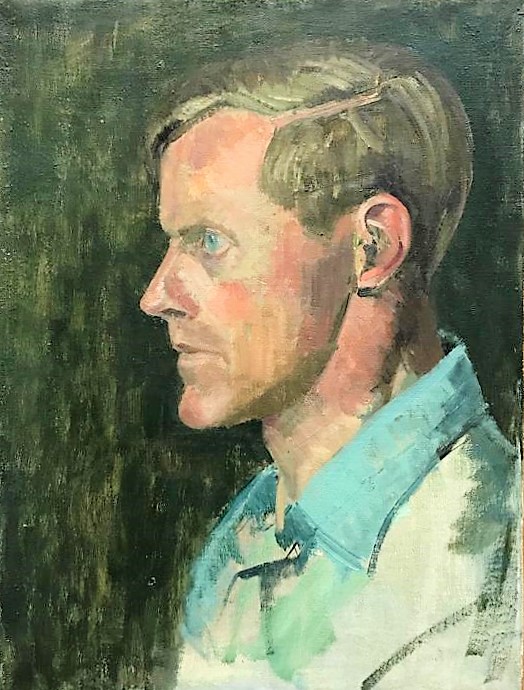 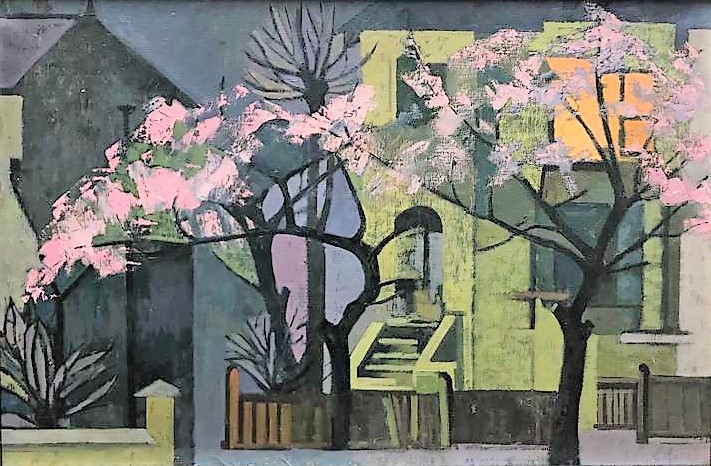 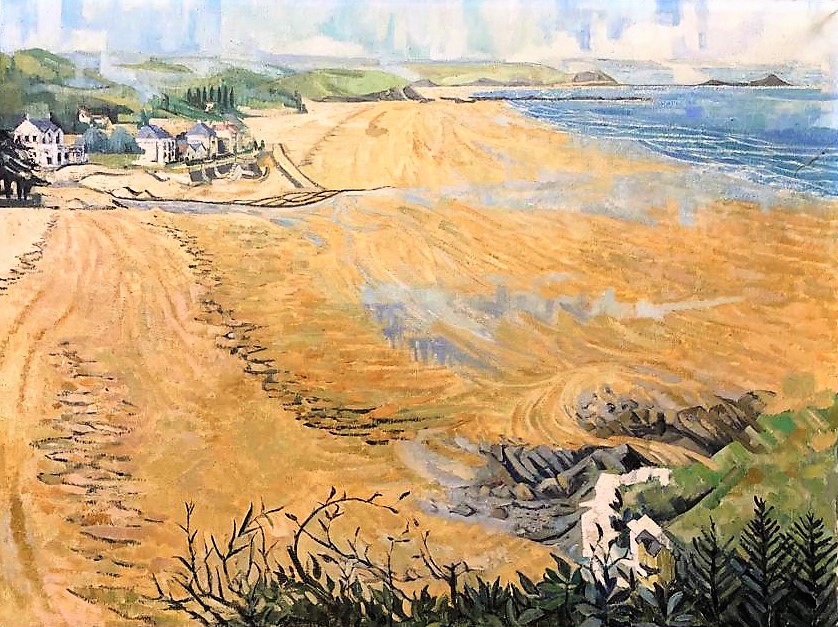 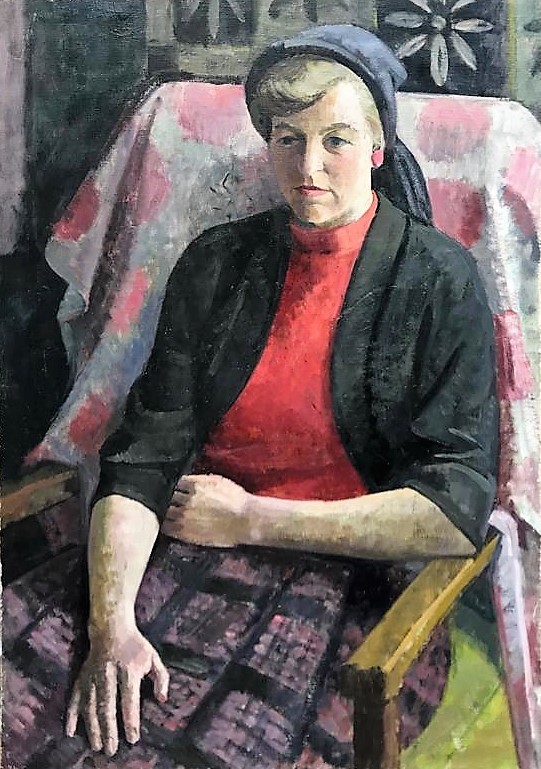 I think her name was Gwen
Sheila Landi
£200.00
View Details 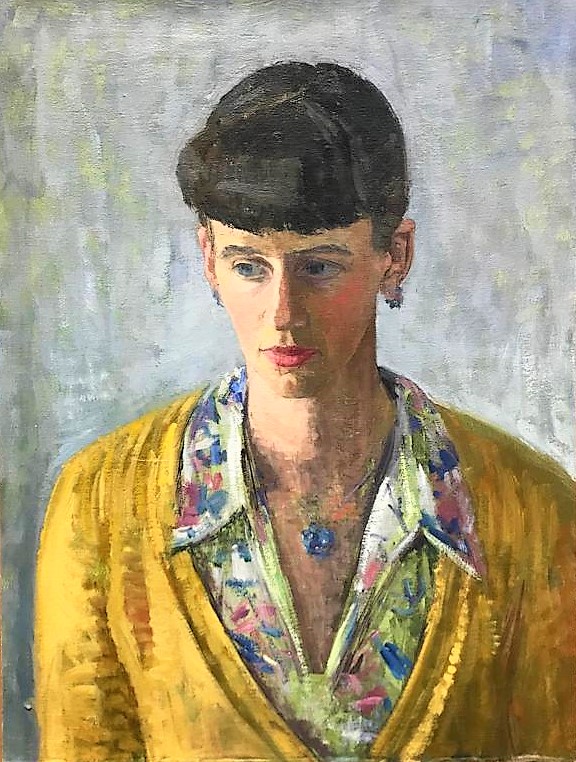 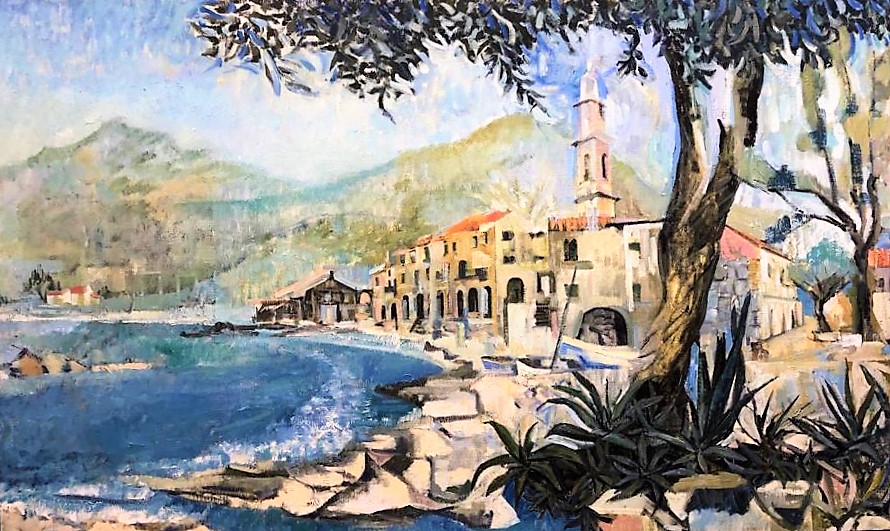 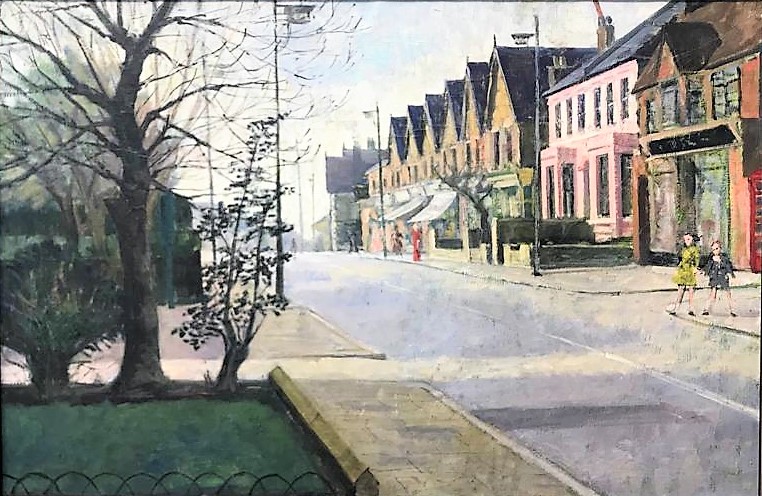 On the Way to Kingston
Sheila Landi
£325.00
View Details 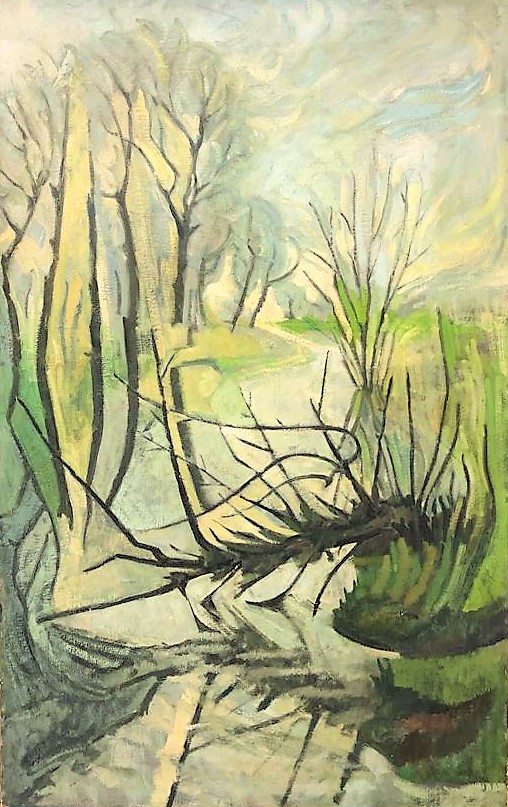 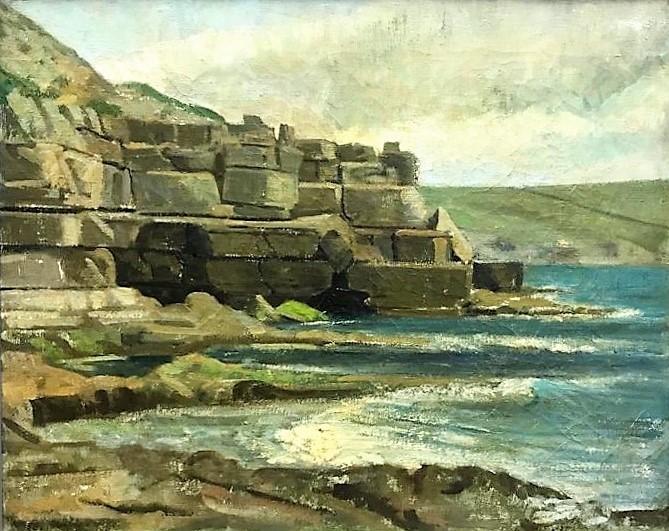 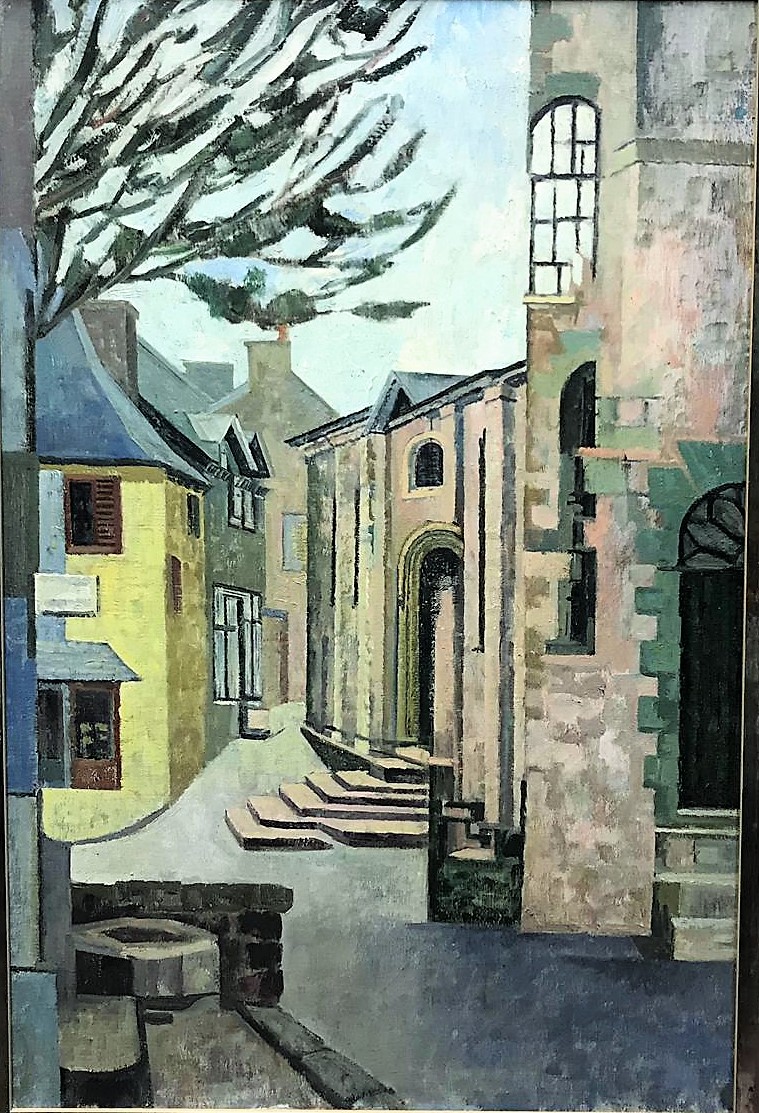 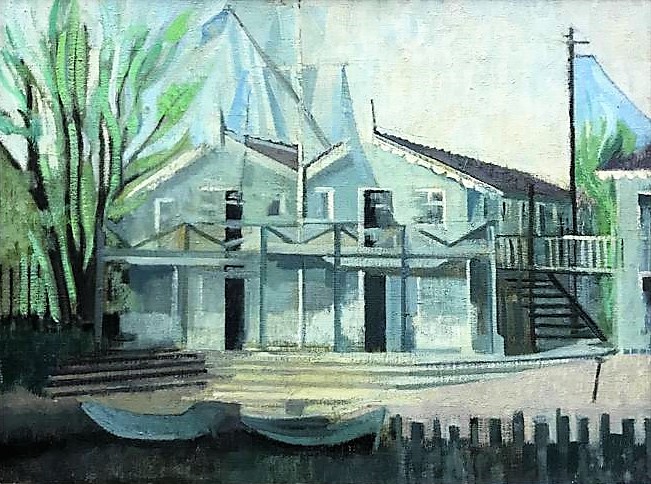 The Rover Loire, on the way to La Rochelle
Sheila Landi
£295.00
View Details 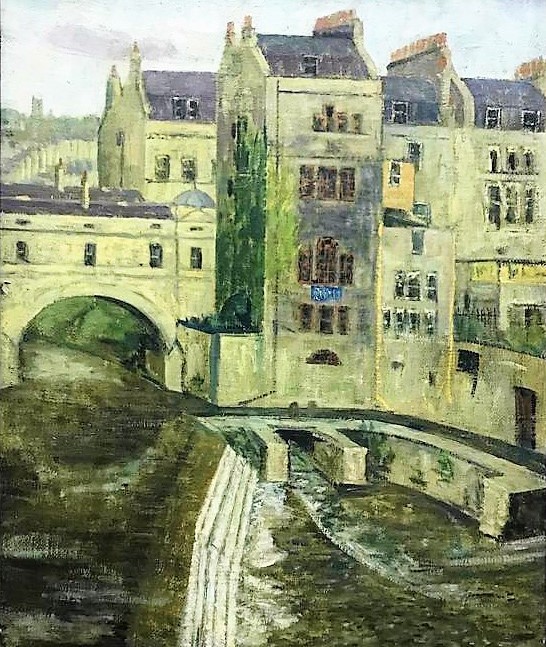